Matt Jatkola talks about tying music into his health journey 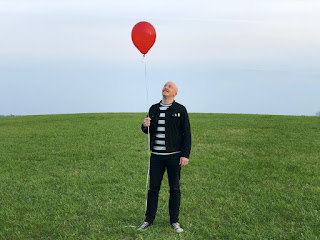 Boston singer-songwriter Matt Jatkola returns to talk about his newest singles—“When Tomorrow Comes” and “Japanese Butterfly.” Both were written at different stages of Matt's battle with Hodgkin's Lymphoma. “When Tomorrow Comes” was written shortly after he received the diagnosis in early 2020, and “Japanese Butterfly” was penned as his treatment was nearing its end. Matt's been cancer-free for nearly a year now.

We talk about Matt's mindset when he began writing the songs and why he wanted to share the story through his music. Matt shares his feelings when he was diagnosed and how it feels to have a clean bill of health. We also look at Matt's interest in professional wrestling and how it helped him to get through both his treatment and the pandemic itself.

Keep listening after this interview, because I've got both songs for your listening enjoyment. They have very different sounds, both of which I really liked.
Posted by Citywide Blackout at 5:33 PM