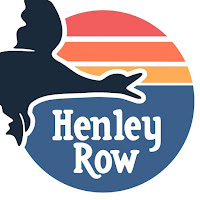 Boston's Dan Nicklin and I dive deep into the history and amazing work being done by Henley Row Studios. Nicklin founded this years ago and in that time it's undergone a lot of growth. Nicklin talks about the studio's creation and some of the artists he's worked with. The studio has released a number of great songs under The Henley Row All-Stars, which features a revolving cast of musicians.

Nicklin's a member of the band OldJack and they've got a new single out called “Take a Picture.” The song has a strong message about social media and mental health, which Dan outlines as well as past works that have a similar theme. It's an issue that many are dealing with from the pandemic and we need to keep in touch and offer a friendly ear when needed.

Live music has begun to return and Dan and I talk about comfort zones and how people feel about being back in crowded venues after more than a year in COVID. OldJack has some shows scheduled and we talk about how it feels to be back on stage.

Following this, enjoy the new single, “Take a Picture.”
Posted by Citywide Blackout at 5:35 PM