Christopher Sebela shares character designs and worldbuilding for “.Self” comic 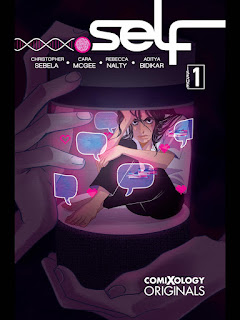 It's a dual-comic episode! First up is four-time Eisner-nominated writer, designer, and publisher Christopher Sebela to talk about his newest series, “.Self,” which you can only find on comiXology Originals.

In .Self, Natalie Winters seems to have a perfect life. But when her Postscript account is hacked, Natalie’s backup files are torrented online and people begin making bootleg copies of her. We talk about Natalie's role, the perception of a perfect life and why she's so determined to get it back. Chris also talks about the character-building process and the different personalities he's created in the many titles he's worked on.

Chris also has a Kickstarter for a new title, “Foulbrood” which has him working once again with artist Claire Roe and we talk about the real-life news story that served as inspiration for a series that explores bees, crime and the intersection of bees and crime. 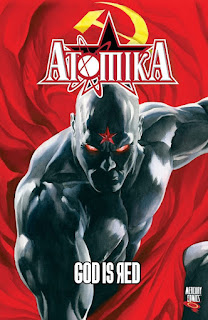 After that, I welcome back Artist Sal Abbinanti to talk about the upcoming release of the omnibus edition of his classic title “Atomika: God is Red.” He also has a Kickstarter going that runs until Dec. 2. It's already well past its $25,000 goal and we talk about that and the vast list of artists that are contributing to this new edition.

Sal dives into the history of the title and all the challenges he faced when trying to get it published. We talk about the story and the research that went into building it.
Posted by Citywide Blackout at 12:23 PM No comments:

This year marks the big return of an in-person Rhode Island Author Expo. And so, I've been doing interviews with some of the great authors who will be part of the event.

First, Lisa Jacob and I talk about her recently-released book “Carnival Farm,” as well as a series of short stories based on Tarot Cards. We also look at her podcast, Dark Mystic Quill.

Next up is Peter O'Donnell, who was on the show two years ago. He's been busy in that time, putting out the first two books of his “In The Giant's Shadow” series, a blend of thriller and science-fiction elements, and we go deep into the story and future of the series.

Our final interview in this episode is with Christine Lajewski, who has some of the most terrifying horror stories I've ever read. We talk about what makes a good horror story and the short tale she has included in the Wicked Women anthology.
Posted by Citywide Blackout at 2:03 PM No comments: 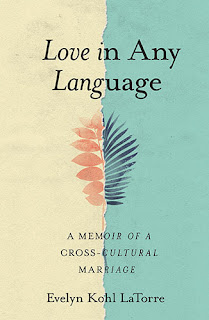 Author Evelyn LaTorre shares the story behind her marriage to Antonio, a man she met while serving in Peru as part of the Peace Corps in her new book, “Love in Any Language.” It's the continuation of her first book, “Between Inca Walls,” and illustrates the trials and joys in the blending of two cultures.


In this episode we dive deep into her meeting Antonio and their early years together. Evelyn also shares what led her to write the book and how she decided what to share. We talk about what makes a cross-cultural relationship work and the things she learned during her time with Antonio.
Posted by Citywide Blackout at 10:15 AM No comments:

How sweet is to be back at Rhode Island Comic-Con! 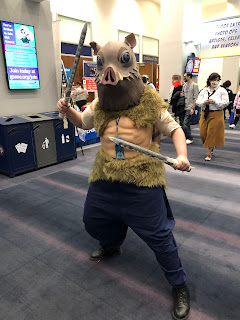 Well, the title says it all! On Nov. 5 and 6 I had the chance to reunite with the convention community at one of my favorite events—Rhode Island Comic-Con. I checked out the amazing cosplays, met cool creatives and bought some great merch over the weekend. And of course, many interviews were done.

To start, I met up with Author Coral Isabella Aurora to learn about her new book and the messages about bullying and treating others fairly.

Next, the writers from the comic Starside catch me up on a series I got into two years ago and give a few hints about the story's future.

Cosplayer Stevie Oaks shares his dead-on impersonation of Peter Griffin and what it's been like being at a convention for the first time as one of the guests.

On the convention's second day, I chatted with Wayward Raven founder Mark Frankel about the diverse stories they publish, a special request for submissions, and why in their comics, dead is dead.

Bringing this episode to a close is Khepera Cosplay, who shares how it feels to be back after two years and the various villains she's cosplayed as.

Posted by Citywide Blackout at 12:25 PM No comments:

Constellation Myths debut a new sound with “Everything and Time” 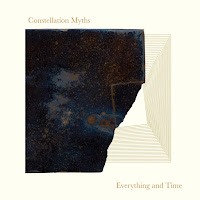 We're back in Boston for this episode, talking with the band Constellation Myths. Band members Josh Goldman, Justin Kehoe, and Molly Seamans share their past work and how it changed to this new Americana sound.

Josh and Justin have a lengthy career in the Boston music scene and talk about what they had to learn for this new project. Molly talks about how she came to be in the band and her own musical experience, which includes playing in the band Tom Thumb.

We also talk about the theme of the tension between city and country and how it's shown in the lyrics and the music, as well as when live shows for the band could happen.

Following this, I've got two of the band's songs for you—“It Would' ve Been Enough” followed by “Suffer.”
Posted by Citywide Blackout at 5:16 PM No comments:

Nolo Grace goes from the corporate world to the music world 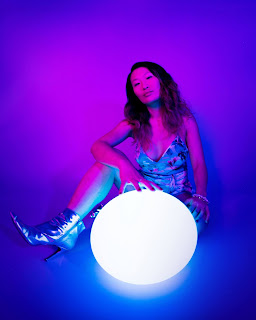 After a long career in the corporate world, LA-based Nolo Grace decided to jump into a new career in music. This has led to a lot of success, including her debut “Wake Up,” featuring Sean Kingston and some amazing music videos. We talk about her decision to switch from one role to another and early days.

Nolo and I talk about her relationship with music producer Martin Wave (aka Lars Martin) and how the two work together. Nolo also speaks about her doubts going into her music career and how she feels about it now. We also look at her cool R&B/pop style and how it came to be.
Posted by Citywide Blackout at 5:37 PM No comments: 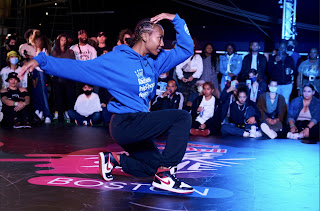 For this episode, Beasty talks all about the world of battling in the dance world and some of the competitions she's taken part in. We also look at her background and building a career in dance, which includes training in Japan at Next Generation Dance Studio under the tutelage of Cebo for 10 years. She is well versed in hip hop, house, waacking, locking, popping, breaking, and ballet & modern.
Posted by Citywide Blackout at 5:50 PM No comments: