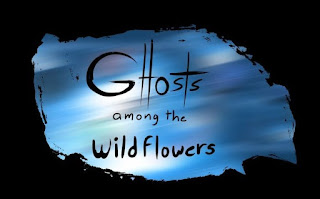 Editor's Note: This is a weekly collection of mini-reviews of music, books, comics, movies, and more that I've enjoyed. Unless indicated, no one has requested a review, but I am open to submissions or suggestions, which can be sent to citywidemax@yahoo.com.


Anime
Cannon Busters
At the time of this writing I'm four episodes into this new Netflix anime series and it's already got me hooked. For fellow anime lovers, this one reminded me a lot of series like Cowboy Bebop, Outlaw Star, and Samurai Champloo. The writing is funny as hell, the characters are endearing in different ways, and the plot is pretty decent. I loved both the opening and ending themes, and I'll definitely be watching this one through to the end.


Web Series
Let's Play
I'm a huge, huge fan of the Webtoon comic, so when I heard that it had been adapted for an animated series on YouTube, I had to watch it. I was absolutely blown away! Each episode is roughly five minutes long, and a lot of story is packed into each one, but not so much that it's hard to watch.
The voices for the characters are spot on to what I thought they'd sound like, and getting to see them brought to life in this new medium has been so much fun. The animation is really high-quality and I'm looking forward to more episodes.


Music
Lina Cooper—A Good Year
I was contacted by this Boston-based artist, and wanting to learn more about her, decided to check out her music. This is her first single, and before I knew it had listened to the rest of her music. Lina has a strong vocal presence, but not forced. It's a voice you can't ignore, and if I were in a loud club and she began singing, I can imagine stopping mid-sentence to hear. On this track she's joined by Misha Bogomolov—with whom she wrote the song—and he's an equally intense singer. The two work really well together, and I dare you to only listen once.


Comics
Star Power
I picked this one up on an internal dare at the Rhode Island Comic-Con and am so glad I did! The story follows Danica Maris, who is chosen to wield the Star Power, a force to be wielded to protect the galaxy. Now, Danica is far from ready to take on all the baddies in the universe, and one of the things I liked was watching her deal with the pressure of this new role.
The artwork is beautiful and the many characters really add a lot to the series. The bad guys are really bad, and those on Danica's side also bring a lot to the table. I've only read the first trade, but that is going to change very soon.


Ghosts Among the Wildflowers
I just read this series for the second time, so I thought it'd be appropriate to include it in this week's Roundup. The series follows an unlikely group of friends as they search for the Ghost Treasure, a legendary treasure that is said to be able to grant any wish. I loved this one from the first episode. The characters are such a wide, funky range of personalities, from the jivin' Gelly and loveably hyper Milly to Victoria, whose stern demeanor hides a good heart (though she'll never admit it!).
The artwork is vibrant, flowing, and so colorful that it's hard to top. As mentioned, I've read this twice, and see a third in the near future.
Posted by Citywide Blackout at 8:27 AM