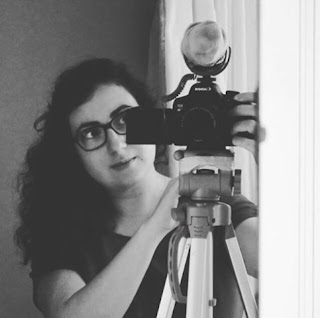 Writer/Director Sharisse Zeroonian and I do a deep dive into her film career, looking at her two feature films, Mouse in the Bread and Well Water and a brand new series, One Plus One Equals Two. She talks about what got her into film, and why she's stayed involved for so long. We chat about changes in the industry and the pros and cons of what those have resulted in. And there are plenty of behind-the-scenes stories from Sharisse's films and she shares a couple.

For music enjoy two songs from Jack and the Box, “If It Sounds Too Good” and “Sugar Tea.” This is a new blues project from Keith Pevoto. Due to physical limitations brought on by Sarcoidosis, he has moved from playing bass to spending the last few years writing songs and getting his vocals in shape. The result is some amazing music that you should really check out.

Posted by Citywide Blackout at 8:48 PM