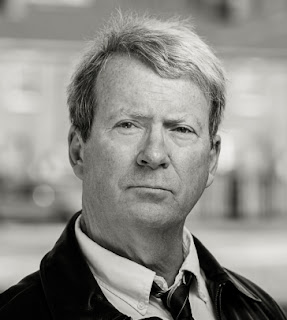 Author Mark Bergin taps into his nearly 30 year career in law enforcement for his new book, “Apprehension,” released on July 30 through Inkshares/Quill. “Apprehension” follows the story of Detective John Kelly; his niece was murdered right before his eyes. His family says he failed her, and Kelly can’t share his secret act of vengeance. Now, fellow detectives digging in another case can end Kelly’s career and send him to jail.

This book also seeks to bring awareness to an important—though sadly not well known—issue in law enforcement: police suicide. Mark talks about this, as well as the complex story that he weaves in his debut novel.

And following this interview, I've two great songs for you. First up is “Tonight,” from Austin singer-songwriter Christine Renner. This is her first single, released on July 12 and taken from a forthcoming EP of the same name. This is a very chill, but catchy tune. Christine has a great voice, and I think you'll dig this tune.

After that, The Cranberry Merchants bring you “Going Nowhere.” This husband and wife rock duo out of Atlanta, Georgia, are writers and producers of all of their own material, and even produce their own music videos, filming to editing. I loved this song, which has a great classic rock feel.

Posted by Citywide Blackout at 7:10 PM