Chris Paniccia talks fantasy books and publishing in a pandemic 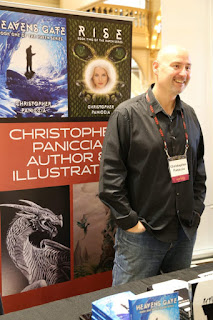 
I've known Rhode Island author Christopher Paniccia for years, so it's a welcome sight to have him back on the show. A few years ago he launched a new fantasy series and we talk about the newest novel, “The Dark Kingdom.” Chris walks us through the story, which centers on a young man who learns of his family secret, one that changes his life forever.

This book was recently released, and for artists, the last year has been a hard one in which to put out their work. Chris and I look at his strategy when going to expos and book signings isn't an option.

After this interview, I've got a new single from John Powhida International Airport, “Michael 3 O'Clock.” 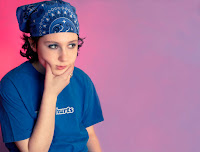 Following this interview, Boston's Zola and I take a deep dive into her new single, “Not Like Other Girls.” The song looks at standing up in the face of a bullying friend, and Zola shares what led this to be the theme. We also dive into her style, which blends rock, piano, and synth.
After this interview, kick back and enjoy the new song. I really dug the style and the message is a powerful one.
Posted by Citywide Blackout at 2:22 PM