Lewis Ciavarella shows us how to be productive in a pandemic


It's a mix of musical styles in this episode. To start off, Melbourne-based singer-songwriter Lewis Ciavarella has been up to quite a bit over the last year. He talks about what it was like when live shows stopped being an option and how he kept things moving forward.

He's got a new album out called “Two” and the electro/pop styles are really something. We talk all about his development as an artist, which has included a lot of time spent busking as well as working with Kelly Rowland following an appearance on The Voice. 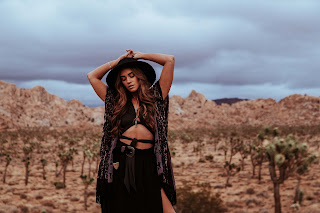 Plus, we've got another bonus interview for you. Tara Kelly, who hails from Los Angeles, has a new music video out for her single “The River.” This song is based on a real-life cheating boyfriend, and actor Hunter Garner brings his A-game to the production. We also look at some unexpected hiccups and how the creative crew worked around them.

Following Lewis' interview, enjoy his single, “New Sun,” and at the end of the show, kick back with Tara's “The River.”
Posted by Citywide Blackout at 12:17 PM