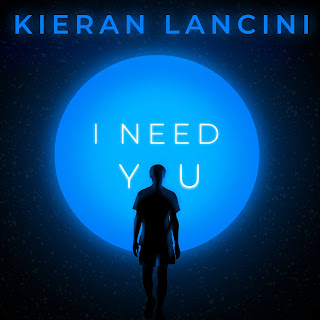 After an 18-year hiatus, Kieran Lancini is back in the music scene in a big way. This UK-based country singer-songwriter from North Queensland, Australia saw success at an early age after being named Star Maker Winner at the 2002 Tamworth Country Music Festival. This led to worldwide traveling and touring.

Things happened and Kieran thought his music career was a thing of the past, but after attending the Star Maker 40th anniversary show, he felt the fire inside him and decided to jump back in with two singles, “The Reason,” followed by “I Need You.” We talk about the process of re-becoming a musician and how it felt to once more release new songs.

Kieran looks back to his time with Star Maker and some of the more memorable experiences at the show and other highlights of his music career. He also talks about the future and what plans he's got in store.

Following this interview, enjoy “The Reason” and “I Need You.”
Posted by Citywide Blackout at 12:42 PM