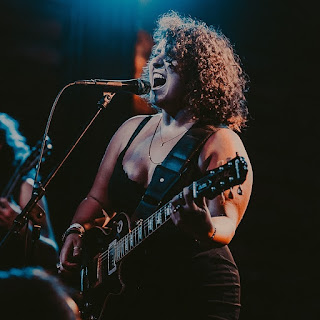 My first episode of 2021 features Austin-based rocker Hanna Barakat talking about her debut album “Siren,” which encompasses 10 years worth of music. We talk about the production process and the different sounds that the album showcases.

Hanna is originally from Texas but spent some time in my old stomping grounds of Boston as a student of Berklee College of Music. She shares the story of how this came to be and some of the unique lessons she learned while in the city. Ironically, much of her band also went to Berklee, though they wouldn't meet until after that time.

Like many other artists, Hanna has seen her career suffer during the pandemic, and talks about some of her plans for 2021, which will include some new music.

Following this, I've got two tracks from the album, “In the Night,” followed by “Siren.”
Posted by Citywide Blackout at 4:53 PM