In writing, Elizabeth Splaine's books took her on a journey of research 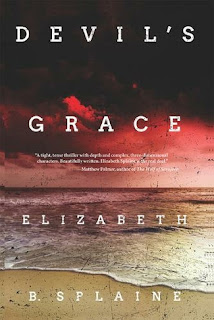 From heart surgery to Hitler's family, author Elizabeth Splaine covers quite a bit in her books. In this interview, she and I talk about her newest book, “Swan Song of a Jewish Diva,” slated to be released late next year. In this book, a Jewish opera singer rises to fame and becomes Hitler's obsession. In what has become the norm for her work, this book called for a lot of background research, and the result is a lot of learning for Splaine.


We take a long look at some of the new ground she covered, and share a few interesting historical facts. Splaine's most recent book, “Devil's Grace,” also taught her much, but began with a strong suggestion that she write about the light. She also recorded the audiobook, soon to be released, and she shares how her background in opera helped prepare her, as well as the new tricks she had to learn.
Posted by Citywide Blackout at 8:04 PM