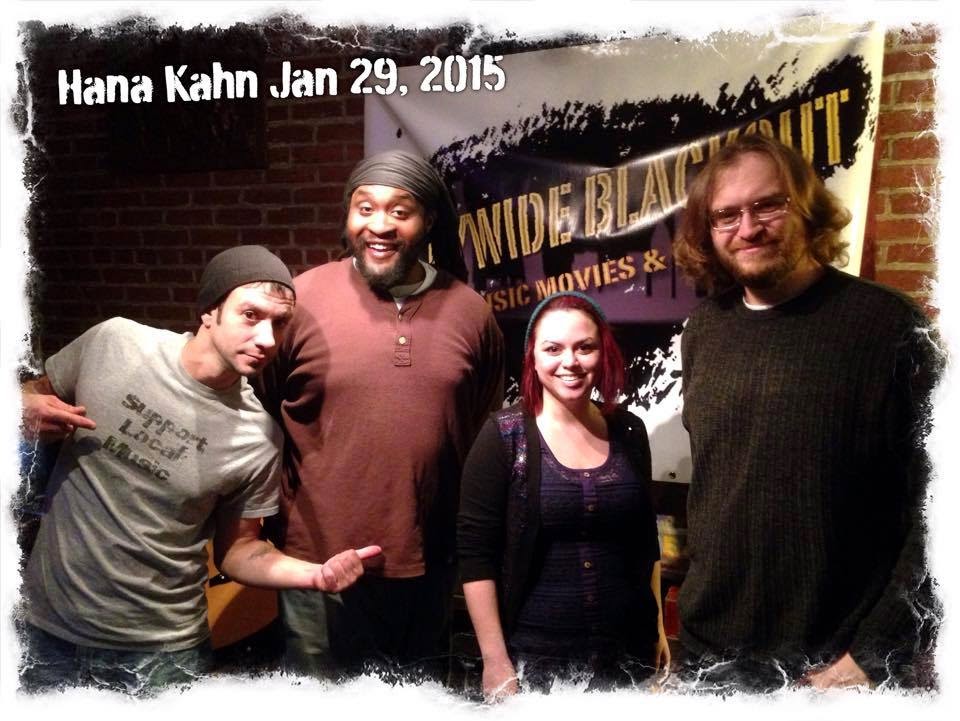 Singer/songwriter Hana Khan joined us for a great acoustic live set and a look at the personal stories behind her music. She's played a number of shows since the year began, with many more in store.

Henry and Jen from the band Aloud talk about their first show of the year, the new music they've got in store, and the ever-elusive Boston Music Scene Illuminati. They don't exist, by the way.

Finally, Brenda tells us all about the SexyFunTime show that the American Family Happily Institute is putting on. Described as a kids party for adults, it's not one to be missed!

Posted by Citywide Blackout at 8:34 PM