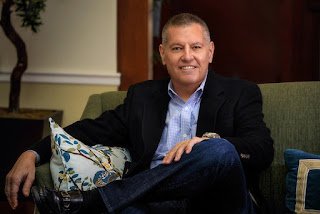 It was seven months ago that writer David Rohlfing made his Citywide Blackout debut for his first book, “Deliberate Duplicity.” And now he's back with a prequel story, “Cold Consequences,” which sees Det. Sasha Frank five years younger and on the trail of a murderer following a drug deal gone wrong.
David and I talk about the quick turnaround from the first book to the second and how he learned from his debut novel. David takes us through the book (not everything though, you gotta get your copy to see how it ends!) and how different a person Sasha Frank is five years ago.

We also look at the return of in-person events and if David has any planned at this time. He's done plenty of virtual events as well as interviews with the media and we talk about how he's adapted to the electronic format of book releases.
Posted by Citywide Blackout at 12:49 PM