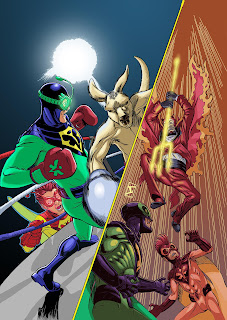 Peyer talks about the two different heroes and the worlds they come from and how each adapts when the big switch happens. We also look at the other titles available from Ahoy and what is coming in the near future.


Posted by Citywide Blackout at 11:44 AM