All I can say is "holy" and "shit," in that order. Protean Collective's 100th show starts and ends with a bang with my favorite band marking their centennial appearance on the stage. 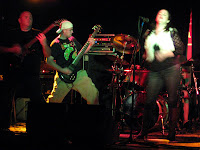 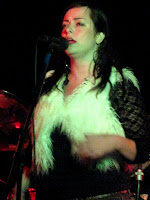 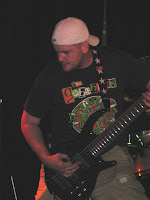 Opening is Avariel, definitely a group to watch for. Lead singer Shannon Kelly's beautiful voice blends seamlessly with the symphonic metal sounds of Michael Rose (Keyboard/Synth, Guitar, Orchestral Score), Jay Narbonne (Drums), Ryan Kelly (Bass Guitar) and Scott McDonald (Guitar, Vocal). They've got power, but there's so much more to what this band does, it only begins with an astonishing stage presence.


Next up are the showstoppers themselves. I've been to a slew of Protean shows, and they never fail to blow me away with their sheer power and skill. Each song has a different vibe to it, some mellow, some at a much faster pace. Matt Zappa (drummer) sets an intense pace, moving as if the sticks are nailed to his hands, while vocalists Steph Goyer and Graham Bacher meld their voices (to say nothing of their prowess with their guitars) while bassist Dan Ehramjian takes hit home with his mad skills. 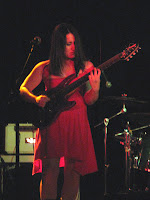 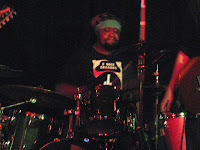 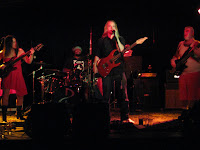 Posted by Citywide Blackout at 5:19 PM