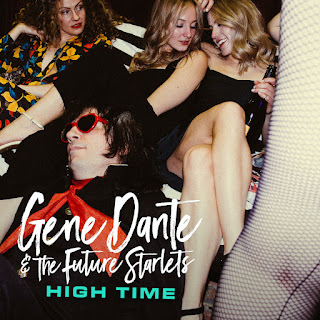 If you're at all connected with the local scene of Boston, the name Gene Dante and the Future Starlets is a familiar one. It certainly is to me, and it's with great pleasure that I interviewed him for this episode! We talk about the band being back on stage at Ralph's Rock Diner and how it felt to play for a crowd once more.
Recently, Gene released two new singles, “High Time” and “She's Outside.” "High Time" is all about showing narcissists the door and removing the bad seeds from your life and Gene talks about how his own experiences with folks like this influenced the song. We take a look at the amazing music video by Director Silvia Graziano and what made it happen.

We also talk about the impact that the band has had over the years and the kind of effect that Gene hopes comes from all these years in music.

Following this, kick back and enjoy “High Time.” It's a great example of the band's glam rock sound and doesn't disappoint!
Posted by Citywide Blackout at 5:19 PM