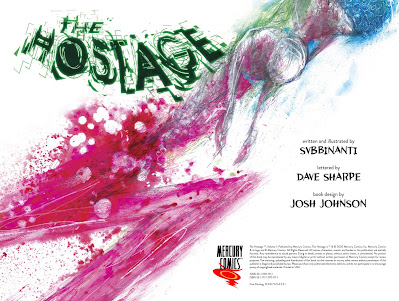 Sal Abbinanti has been a part of the comics industry for years, working as a media rep for some of the biggest names in the business. But Sal is a creator as well, and very soon his new comic “The Hostage” will be available to readers.

The story is based on a trip Sal took to Rio de Janeiro. There, he saw the abject poverty that so many lived in, including children. “The Hostage” is his tribute to the country and the kids. Sal and I talk about the work that went into this, from the world-building to his rather unique art style. We talk about his work in comics, and what he's learned about being an indie creator.

Sal launched a Kickstarter to support the project, and it's available until Feb. 25. Follow the link to become a supporter and get some amazing tier rewards.
Posted by Citywide Blackout at 11:48 AM