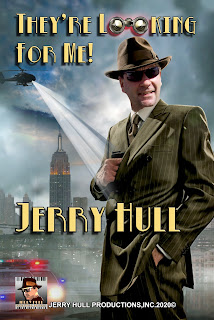 A year and a half ago, I first interviewed England-based singer/pianist Jerry Hull. Since that time, he's been anything but idle, putting out two albums and a compilation. Jerry and I talk about the different stories he takes on in the new releases, “They're Looking for Me” and “Ordinary Man,” as well as the signature sounds of each one.

Jerry is originally from Memphis, Tenn., but moved to England 19 years ago. As he approaches this major milestone, we talk about life in the town of Hull and how he's adapted, as well as if he ever considers returning to the U.S. We also look at how he's kept his creative energy going since last March.

After this interview, enjoy three of Jerry's songs—“1969 Mexico Connection,” “Antoinette,” and “Victim of Circumstance.”

Posted by Citywide Blackout at 9:48 AM