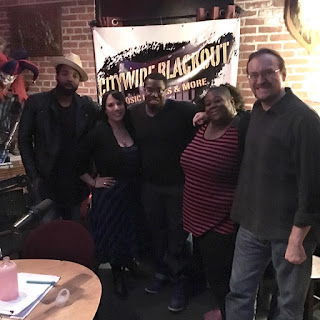 Hailey Magee, founder of the Emerging Boston Area Singer Songwriters group is back to talk about how best to engage with an audience as part of our monthly EBASS segment This is a pretty insightful discussion that touches on how to really connect with fans both in person and online.
Plus, singer-songwriter Nate Taylor is coming with her, and he's got a new album coming out, "Harboring Hope." We also talk about a promise he made to himself in 2013 to make music his career.

Ben Lauranzano of Cape Ann Brewing shares a few beers with the Citywide crew and tells us about how the business got its start and the many
flavors that they offer. We talk about what makes a really good beer, the seasonal flavors, and how New England has made a name for itself in
the beer industry.

Filmmaker Crosby Tatum, producer Opal Thompson and actor Keith Mascoll are on for the award-winning romantic comedy, Confused by Love. The movie was recently accepted into the Roxbury International Film Festival in June. When a couple is facing foreclosure on their home, an offer to
save them brings some secrets to light.

Posted by Citywide Blackout at 8:12 AM