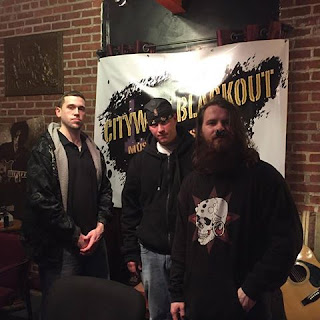 Max flies solo once more on this week's show, but he's far from alone. The guys from Worm and Wreckless Wreck Chords are in the studio to talk about their upcoming shows this and next month. Along with some great local talent, they've added touring band Andy Social and the Antidotes to the lineup of their April 4 show.

Jack Shaw from Atlanta-based band The Head calls in to talk about their 80-spot tour, now in progress. This great band has made a name for itself in Boston with some recent shows, and their tour will take them across the nation, including several shows at SXSW.

AJ Orsini of Good Natured Dog Productions joins me to talk about the proposal to cut the Film Tax Credits that have led to so many big-name productions to be made in Boston, which has in turn led to a lot of local filmmakers to find steady employment.
Does the credit in fact lead to long-term or steady employment for local film crews? Local legislators say no, that many of the jobs go to out of state workers. What do you think?

Ron Thomason of the band Dry Branch Fire Squad calls in to close out the show in an epic way. For the last 40 years, this amazing bluegrass quartet has played shows on a global scale, even organizing two festivals that feature dozens of bands. They recently performed at the Heritage Museum in Lexington, and Ron talks about how much the area has changed since he was last there.

Posted by Citywide Blackout at 12:52 PM