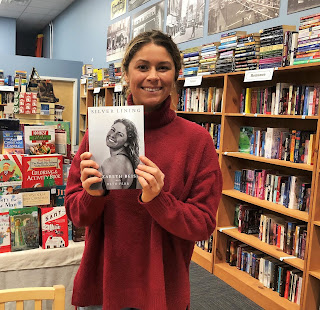 In one of two interviews with the Keynote Speakers of the Rhode Island Author Expo, Elizabeth Beisel—a three-time Olympic swimmer, two-time medal recipient, and Olympic captain—talks about her recently-released book, “Silver Lining.” The book looks at her struggles with anxiety and stress that came about from her time at the Olympics, and how she ultimately overcame them.

In her book, Beisel opens up about her doubts and insecurities, and we talk about some of the ways she's been able to work past those. She shares some great stories from her time at the Olympics, including the times she—almost—got the chance to meet her heroes. Beisel also shares the next phase in her career: working as a color commentator for NBC.

Posted by Citywide Blackout at 3:44 PM